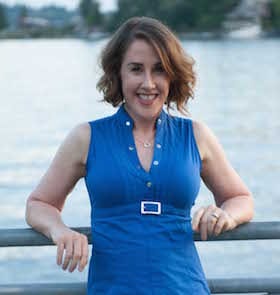 I WAS AFRAID TO FEEL FEAR…

But fear has always been a big part of my life.

Early on I realized I could not count on either of my parents and to be safe I had to figure out how to say and do the right things not to get hit or punished.

I watched my mom reacting to stress and worries by eating her way to an early death and my dad trying hard to shut down all feelings except anger.

This taught me to do everything I could not to feel.

The irony is that the thing I feared the most was the feeling of fear and what I thought that meant…nonstop pain, sadness and loneliness.

As I grew older, I feared failure in business and financial ruin.  I feared being left and not loved.  I feared appearing stupid.  The list could go on and on…

Instead of embracing and accepting fear, I worked hard to numb out and to over-achieve to get rid of the fear.

I thought being fearless meant I would be confident, put together, and know what I was doing.

Instead of embracing and accepting mistakes, when those “mistakes” inevitably arose, I just worked harder doing anything I could to appear self-assured and self-reliant.

If you are ready for change, but don’t know how…
Wendy is an expert in helping you figure that out! ~ Craig Sigl

THERE IS NO SUCH THING AS BEING FEARLESS

Bad news – good news… I learned being Fearless is impossible!

I have since discovered that truly bold and courageous people feel fear, accept it AND then they do it anyway…do what they are most afraid of.

That was liberating for me.

I realized that failure was inevitable no matter how hard I tried or how perfect I was.

It happened again and again, but I survived and eventually thrived no matter the situation.

The truth is being “Fearless” is a lifeless goal.

It’s means you stop taking risks, are afraid to lead, voice an unpopular opinion or try something new.

When you try to reject fear, you miss out on fear’s most energizing aspects.

So, I decided to accept failure, rather than pretend like it wasn’t going to happen.

This doesn’t mean I gave up or I didn’t believe in my ability to have an outstanding life, but it did mean I stopped being so darn afraid of failure and freaking out when it occurred.

What happened was, I’ve failed my way to success, because the failures helped me learn.

The only true failures were the times when I did not see and learn the lesson and instead blamed someone or something else or just plain gave up.

The good news is, is that failure isn’t permanent.

SO HOW DO YOU STOP BEING AFRAID OF FAILURE?

By picking yourself back up and learning the lesson.

It’s that simple, but not always easy and that is how I can help.

Most of us go through several times in life when we pay attention, see something about ourselves that is hard to accept, recoil and then turn back to our old pattern of not paying attention.

Your life will only change once you decide to pay attention and change in a deliberate way.

We look at the things in our life that our heart truly desires, but many times we choose the seemingly safe path and then justify why we can’t have what we want.

Wendy is an extremely empathic listener and she makes you feel seen and supported on so many levels.   I feel a pleasure and safety resulting from Wendy’s expressions of “sympathetic joy” that is more authentic and consistent than with anyone I’ve ever met.  ~Shelly Thorn

HOW TO CHANGE YOUR LIFE

If you could just find the faith to face uncertainty, to step out and try new things and then learn from your mistakes – your life would change.

I am passionate about helping you learn to embrace “the squeeze” as a natural part of life and a REQUIRED part of living your highest potential.

“Going for it” at times was scary and definitely eye-opening for me, but I feel a deep sense of self and that I can do absolutely ANYTHING.

I use my intuition, listening skills, and empathy to help people to explore their judgments, fears, and limiting thoughts so they can reconnect with their inner bravery and live freer, more truthful lives. 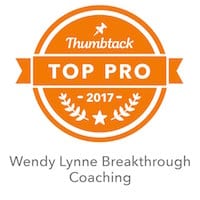